Yesterday I got the new Apple aluminum keyboard and I was raving how cool it is, even for Windows XP. My main complaint was that the Windows and ALT keys were swapped, which was causing me much havoc since my brain has been programmed for so many years to find the ALT key to the left of the space bar.

My initial hunt returned nothing, but after some more Googling today I found the answer in a Freeware product called KeyTweak. This program modifies the Windows registry in order to re-map keys. I was able to swap my Windows/ALT keys (or ALT/Command keys on the Apple keyboard), map the F7-F12 media keys for Previous Track, Pause/Play, Next Track, Mute, Volume Down, Volume Up, and a few other keys. My only complaint is that any changes requires you to reboot your PC. Big whoop!

It works great! I also found another product called AppleKPro (shareware) that does some other fun keyboard mapping action, but I haven’t tried it yet. 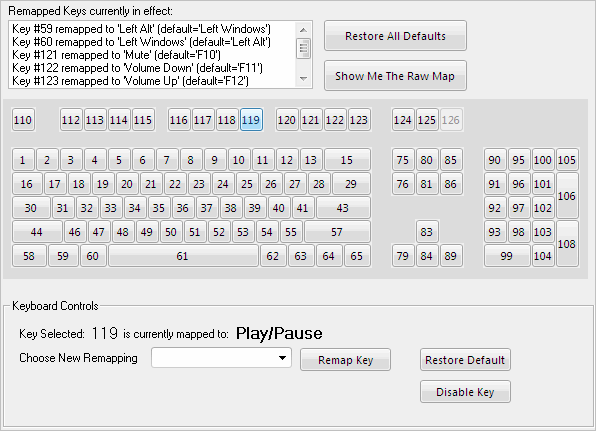 No Replies to "Remapping Apple Mac keyboard for XP"