OMG what a crazy few days. First, the fire started Sunday in East County and we kept a close watch on it, knowing that I had a Monday morning flight with Frozone to go to Michigan for a two-day Ford truck media event. We made the decision early Monday morning to go ahead with my trip, as it looked like the fire was going to avoid our neighborhood. Unfortunately soon after I arrived in Michigan, Krissy called to let me know that mandatory evacuations were announced. Since we just went through this exercise 4 years ago during the Cedar fire, she knew exactly what to pack into the truck and took off to her Aunt’s house with the girls and the dogs.

About 24 hours later (Tuesday afternoon), my family was allowed back to our house. No damage in the immediate area, and surprisingly there wasn’t much more ash here than before I left. The fires are still burning all around San Diego County, but thankfully, none that are close by. Everyone that I know in San Diego is safe, including friends in Poway and Romona; two areas that were hit hard.  All San Diego schools are closed this week for obvious reasons, mainly because of the poor air quality.

On the way to Michigan (Monday morning, 8:30am) I took a few photos from my window seat on the plane (see below). On the way home tonight we could see fires still burning from the air, but nothing impressive enough for a photo. 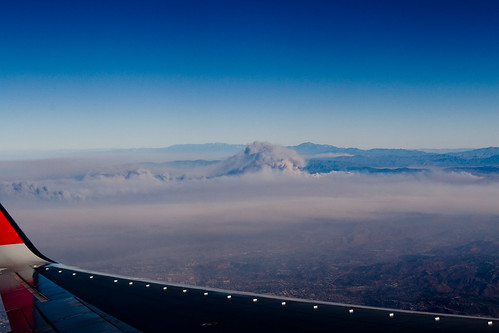 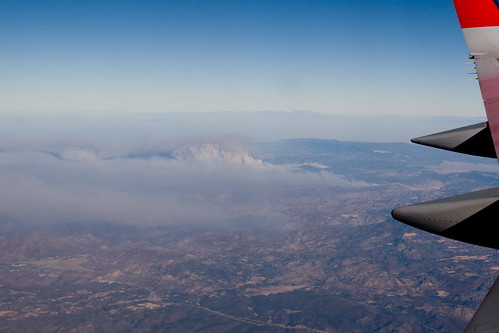