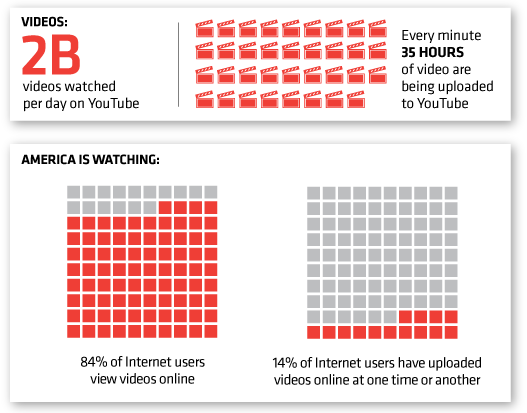 Check out the unbelievable Internet usage in 2010. There’s a full size chart below. Click it to view!

I tried adding the WooTumblog plugin to my WordPress installation so I could quickly and easily blog from the $5 Express iPhone App. I had such high hopes that this was an actual solution for those who enjoy Tumblr and want it at their own WordPress blog. However, it was a complete failure for the following reasons:... (more)


Facebook’s “Too Many Friends” Annoyance

This is a new behavior from Facebook, and it’s highly annoying.

As always, it suggests new friends on the Facebook home page. Sometimes I give in to the harassment and click to add one of them. With a few, including Summit Racing and Ashley Force it now says:


What is the user agent for the Apple iPad?

If you are a web developer and want to code Apple iPad-specific pages, then you’ll need to know the user agent for two reasons:

1. To be able to code your scripts to look for it

2. To change your user-agent in your browser/client to make HTTP requests

As of the pre-release Apple iPad, it is:

As many of you know, I am a bit of an entrepreneur. I usually start a new project at least once a month based on an idea I have. Some work, and some don’t. In this case, it’s a new website I started to sell clothing. I set up the site, figured out what I needed to do, and then other more important things came up so I’ve just left ... (more)

It’s fairly simple, and uses some built-in WordPress functionality that is hidden.

1. Add the “NextPage Buttons” plugin to get the button into your editor (or something similar, there may be ... (more)

I don’t know about you, but I live in my web browser, day-in and day-out.  My browser of choice is FireFox.  They recently released an update from 3.0 to 3.5 and it’s great, except for one thing… and it’s bloody annoying.

Previously when you opened a new window, opened a few tabs and surfed around, then eventually closed all its tabs, it also closed the main window.  Unfortunately, in the ... (more)

I listen to Sirius satellite radio Octane 20 (hard rock) while I’m working and the DJ, Kayla, today mentioned RUNNER+ on the air, and I captured it! Here it is:

NBC’s new Knight Rider show, based on the popular 80’s show, premieres this February 17th. It features the Knight Industries 3000 (KITT) Shelby Ford Mustang GT500KR created in the vein of the original KITT car that Michael Knight (David Hasselhoff) kicked around with his big poofy hair.

A friend of mine designed the iconic red lights on the front of KITT just below the front lip of the hood. I’m ... (more)

This is one of the reasons I’ve switched from Windows to Mac:

As a web developer, it’s essential to be able to test a fresh page in as many browsers and environments as possible.... (more)

Remember all those really cool Nintendo classic games like Donkey Kong Jr, Super Mario Bros., and Galaga?  Well I do, and those are three of my favorites.

Nintendo8.com now has all of these games online, right now.  They are all Flash based.  Up until now you had to download an emulator to play on your Mac, PC, PDA, phone, or other device.  Finally, someone took the time to ... (more)


I’m in the NY Times today!

My sister just called me… turns out her husband, Hank, was reading the New York Times today and came upon an article that mentions RUNNER+! Holy cow… I’m so stoked! I seriously never thought anything I’d do would wind up in the NYT!

I’m going to run out later and pick up a few copies of today’s paper. It’s in section ... (more)

I use DreamHost to host my blog and while it’s a great and fairly inexpensive service, there are some limitations. One is that you cannot run cron jobs without a shell account, which I do not have. A cron job is a frequently executed task, mainly used for running scripts on a frequent basis for website maintenance. While I already do this on my Windows server and ... (more)

I spent the evening “pimping out” my WordPress blog scripts a bit more. I found a cool Flickr badge replacement that is not Flash (shown to the right), added in a plug-in to easily add videos to my blogs, added in my Nike+ run widget, Twitter summary, and perhaps the coolest thing ever: the ability to blog by email/phone with photos.

I first tried the Flickr WordPress integration, but it ... (more)