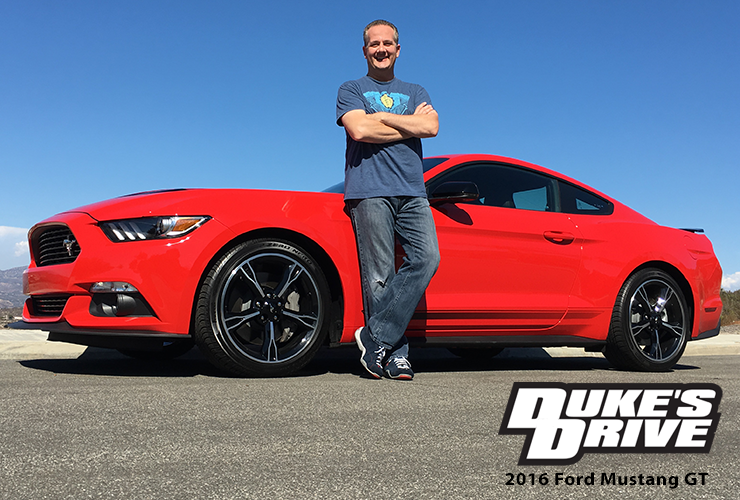 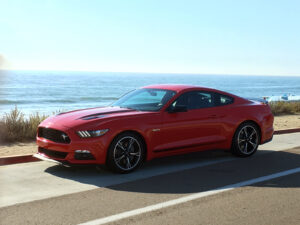 Last year I test drove the 2015 Ford Mustang GT and was in love with that 5.0L Coyote V8 engine. Oh the sound! The performance! The handling! What’s not to love about a classic American muscle car with the heritage of the Ford Mustang? Even more recently, Ford dropped off their 2016 answer to the previous year’s model at my front door here in California. Something was different about it… or dare I say “special”… here in California! 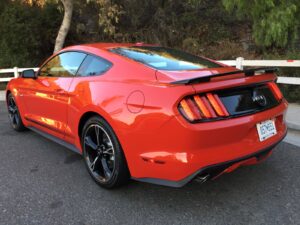 This is the California Special edition of a standard Ford Mustang GT, a $2k package from Ford that includes special floor mats, a blacked out spoiler, 19″ black alloy wheels, and stripes. It’s not much, but it definitely sets this GT apart from the rest on the road. In fact, to date I have yet to see another one on the road. That’s special. 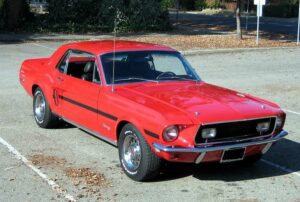 This isn’t the first California Special Mustang, however. It’s origins date back to 1968, when Ford brought to life this special edition Mustang for the first time. Just 4,118 were made from February to August of that year. It was a very limited run, and as a result, they are very collectable. History repeated itself again with California special editions for the model years of 2007 – 2016 with the exceptions of 2010 and 2015. It was not available last year. 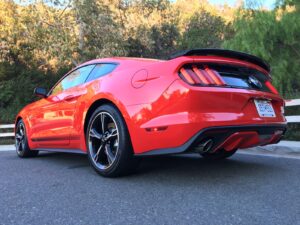 My “Race Red” test pony car for a week was $42k with upgrades (compared to the $45k 2015 model I drove last year) which included a $1,795 Shaker Pro audio upgrade system, a $395 security package, that $1,995 California Special Package, and a $795 voice activated navigation system. This also included the 6-speed manual transmission and 5.0L V8, and honestly–I wouldn’t have a Mustang any other way. That is the special recipe that gets my Ford blue blood flowing. Just listen to the exhaust note below… it still gives me goosebumps every time I hear it. Manual trans, 5.0 V8… Argh, argh, argh! 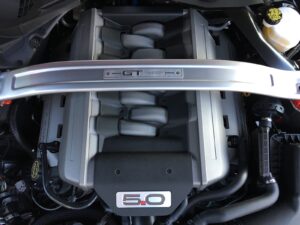 There’s just so much to love about a Mustang GT… pop the hood and admire the 450 horses tucked under that engine strut tower brace. There’s insane power from the moment you tap the pedal, and stupid crazy power all along the way to your destination. Just try to contain that ear-to-ear smile on your face. 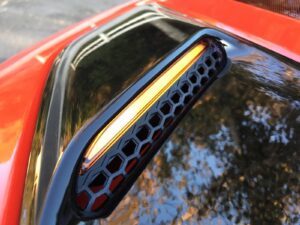 Let’s talk about this hood for a moment, though. See those black hood vents? Would you believe they have secondary turn signals tucked away inside them that only the front seat occupants can see? This absolutely blew me away because I had no idea they were there until one night I was a stop light and saw my hood glowing. I sat up a bit in my seat and literally exclaimed out loud (by myself, mind you), “now that’s $%&*#! cool, Ford!” The Mustang already has extremely cool lighting with the glowing Mustang logo sill plate, and pony projection lamps in the mirrors that shine down on the ground as you open and close the doors. But now this? Turn signals that only you can see? On the hood? So cool, Ford. So cool.

I have done just about everything you can possibly do to several Ford Mustangs through my car show, Motorz TV. So, with Ford’s latest incarnation of their classic muscle car, what’s left to do? There’s already so much they’ve dialed in, such as the sound system, exhaust, appearance, handling, and more! In reality, not a whole lot.

But I am the type of guy that will still mess with perfection, because that’s just what I do. Stock does NOT suck in the case of this Mustang, but there’s always room for improvement. I’d darken those windows, drop the stance an inch or so, and think about increasing the horsepower and torque with a bolt-on centrifugal supercharger. There is so much you can do to a current model Mustang, though. So much aftermarket. Just don’t go too crazy with this one, kids. Ford has it dialed in.

The California Special Edition Ford Mustang GT is back, and better than ever! Ford took an already fine-tuned classic American muscle car and made it even more bad ass, and extremely unique. Grab one before they stop production again, and set yourself apart from all the other Mustangs on the road.

Just listen to this exhaust note. It still gives me goosebumps every time I listen to it. It is a dream to hear from idling to roaring down the highway.

I’m also a co-host on the syndicated radio car show “The Drive“, hosted by my Motorz co-host, Alan Taylor. Here’s what we said about the 2016 Ford Mustang GT on the air, October 1, 2016! Duke's Drive: 2016 Ford Mustang GT
Description
The California Special Edition Ford Mustang GT is back, and better than ever! Ford took an already fine-tuned classic American muscle car and made it even more bad ass, and extremely unique. Grab one before they stop production again, and set yourself apart from all the other Mustangs on the road.
Chris Duke
Chris Duke