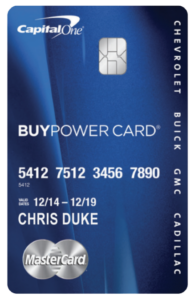 Welcome to autumn, or better known to us here in America as fall. It’s that time of the year when (hopefully) the crazy heat of this past summer is on its way out, and ... (more) 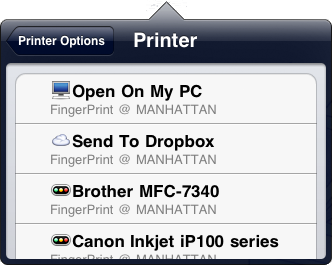 Enable AirPlay printing from all your iOS devices with all of your current printers!

After researching AirPlay-compatible printers (or lack thereof), I stumbled upon a different solution that works with your existing printers. The software is called FingerPrint that runs on your Windows or Mac desktop to act as an AirPlay host, and it works great!

You would be flat out lying to me if you were an iPhone addict and didn’t want these magnets for your fridge or office.

While you’re waiting for the iPad to come out next month, or the multi-tasking iPhone 4.0 OS to come out this summer, why not drop a Jackson and pimp out your fridge? I think a few of these will find their way onto a toolbox or ... (more)

One thing I’ve always wanted to do was to shoot a real gun. I never had the opportunity until today. Since my brother-in-law, Kyle, was in town for Christmas, he brought his guns that he inherited from his Dad when he passed. He offered to take me shooting, and I didn’t turn him down! So, today I went shooting for the first time with Kyle and his 3 guns: a ... (more)

I get it every year, somewhere between Thanksgiving and Christmas, usually closer to Christmas. This year no exception. It’s like clockwork, too… major head cold. First few days starts out with the scratchy throat, then it moves to severe congestion for a day, then straight to a massive sore throat for 3-4 days, combined with the *awesome* congestion. I’m currently going through a ... (more)

Unfortunately these are unavailable in the states, probably due to its hazmat components. But still, I want one just to mess with.

More videos after the break…

It’s that time of year again, and Mel and I will be spending the next two weekends putting up lights outside our house. If you haven’t visited my GriswoldHome.com website in a while, it’s worth checking out. Traffic to it is dead during 10 months of the year. Magically, during November and December, traffic flourishes!

One thing that always gets me in the holiday lighting mood is to watch the ... (more)


Wanna go for a swim?

I finally (yes, I have been extremely busy!) got the chance to go outside today to check on the pool. Here’s what I found:

I cleaned it off, and the edges where the ash had built up on the tile wall. Hopefully the cleaner will do its job so we don’t have to drain the pool and get it acid-washed again like we did after the Cedar Fire 4 years ... (more)


Tis the season to irritate your dog

Krissy forwarded a forwarded X 100 email to me and this one is worth sharing. Time to get your pets ready for Halloween!