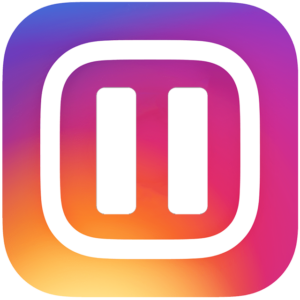 At the beginning of 2021 I took a break from social media, as I have several times in the past. But in the past, I only paused for a couple of weeks. It’s now early June and I haven’t returned. Why’s that you ask? There are a few reasons. My apologies in advance for the lengthy post. It’s a brain dump of my current state of mind when it comes to social media.

I’ve been posting on social media since social media became social media. It started with dial-up bulletin-board systems and CompuServe when I was a kid. I’ve seen and lived through it all. I started posting on Twitter and Facebook in 2007 (14 years ago) and Instagram in 2011 (10 years). I’m verified on all platforms and have amassed a modest combined total of almost 70,000 followers. Yay.

I’m not going to go into all the reasons why social media can be bad or good for you as a human or as a business (google is your friend for that). For me, it’s been both, and I’m happy to report–mostly good.

The current problems with the big platforms are that Twitter is a giant toxic shit show and a large majority of its users have fled to other platforms like Facebook and Instagram. Facebook is a ghost town if you’re a page (not a profile) and if I don’t “pay to play” then none of my 17k followers see my posts. It’s downright embarrassing to post there, so I don’t. Same goes for Twitter. Why bother?

Instagram is pretty awesome, but since Zux bought it in 2012 it’s slowly gaining more and more Facebook DNA as time goes on. The increasing ads and the Shop tab at the bottom of the app that nobody asked for are perfect examples. I’ve known since 2012 that IG would eventually suffer the same fate as FB being a pay to play platform and thankfully that hasn’t happened (yet). It’s a matter of time.

If you pay attention to social media news you’ll learn that there’s a constant flood of new social media platforms trying to gain traction. None have, though. Yes there are some other great platforms such as Pinterest, LinkedIn, Reddit, or YouTube if you’re a video creator. Over time I narrowed it down to posting on just one: Instagram.

If you’re still reading, thanks. I’m getting to my point now after discussing my background :)

It Can Be Work

I love Instagram as a platform. The problem is that it’s been real work for me, for the most part anyway. My break from the platform was supposed to give me time to re-think how I want to use it, or if I want to continue using it at all. I’m still on the fence. Still in pause mode. I haven’t decided whether or not to stop.

Why is it work? Every post had to be planned to a certain extent. Not so much stories, but definitely posts. Even stories took time because they had to be dialed in so they’d perform well. Then there’s tagging everyone, adding hashtags so it has legs, making them entertaining, choosing good music, adding stickers, blah blah blah. YES, of course I could ignore all that and just post–and not care about the minutia. That’s where my head has been lately. Just return to the platform and turn off the Likes count (because you can do that now–thank you Mosseri!) and post willy-nilly like I don’t care, because I shouldn’t. And so maybe I still will, and have a lot more fun with it.

Like Facebook and Twitter, however, there’s the visible engagement to those posts. If they’re stories–no worries–they’re gone in 24, unless you save them to a Highlight. Nobody sees how many views, likes, or comments you’ve got. So if/when I do return to Instagram, I’m just going to use it how I would use Snapchat… stories only. Instagram is a confusing place for a creator to post on because there are Posts, Stories, Reels, and they even have IGTV still kicking around for some odd reason. I always felt inclined to use the whole of IG instead of focusing on one feature. Perhaps that’s all I need to do.

While that’s fun and all, there’s no perpetual value in it. Let me explain. If you post a story it’s around for 24 hours, right? This is cool and it serves a purpose. But let’s say I spend a few minutes sharing something important or a swipe-up link to something cool I’ve found… or a series of story slides that are how-to/DIY in nature. Giving value. Some followers see it, but then it disappears. It’s value to that small percentage of your followers that saw it, but its life has ended. Nobody else in the entire world will ever see it again.

So you save those stories to a Highlight. Great! Now it lives on buried in another section of your Instagram page which people will probably never look at because it’s old news. It’s not indexed by search engines, nor can you somehow search for this content through the app. It has zero perpetual value. It’s one and done in 24 hours, unless you re-share it–but that’s annoying to everyone that already saw it.

This where my thought process took a turn. Instead of spending all that time on creating content that has a ticking 24 hour time bomb to help Zuckerberg’s numbers, what if I spent that time on creating content for my own website? I would then own the content. My content is then indexed by Google and all the other search engines. It lives on for eternity. It has perpetual value. It helps anyone that searches for it online forever, as opposed to a small percentage of your social media followers that see it within IG’s 24 hour story window.

If I’m so concerned about this, why not post to my IG grid as a normal photo post and put all the information in the caption? That’s better… but it has its own set of problems. While it lives on for as long as you keep it there, you can’t have links, it’s not the best way to post long form content, it’s not searchable by Google et. al., and once again–you don’t own the content. You’re increasing the value and net worth of Facebook, Inc. — not yourself.

So, as much as I have loved social media in the past, and specifically Instagram in recent past, I think my pause will continue while I try a few new things. I wanted to have my own easy way to quickly share content, but have control of it and make it available to the world–not just a social media platform. I have always loved the idea of Twitter… being able to post whatever you want quickly. Whether that’s text, one or more photos, a video, a link, or whatever. I wanted that for myself. I figured it out.

Check out my mini-blog. It’s at chrisduke.tv/activity. It’s everything that I would normally post to Instagram, Twitter, or Facebook, but right here at my own site. Each post has its own page, too, so search engines can pick it up and anyone in the world can find it. Yes, I’ll have useless posts about the weather or something silly I found — which is fine. I still want to have fun. But if I don’t want to create a full blog post, I’ll add it there. It’s like my own private Twitter account… without Twitter.

What I also love about it is that there’s no stress to it. There are no follower counts. There are no like counts. There are no comment counts. There are no hashtags. There is no tagging (although I added it for fun). There’s just my content. I love the idea. The only downside is that it’s not a social network… so all the followers I’ve built up over the past 14 years won’t be able to see it. But instead, the millions of people around the world will. It’s a trade-off for sure. Perhaps if/when I return to social media, I’ll just start posting stories to funnel people here… and just have fun with it!

My new page isn’t social media. It’s not even social. I can’t call it something cute like DukeBook or DukeGram… but how about InstaDuke? Ha! Ok, Instaduke.com it is.

You could argue that it takes the fun out of being social. For me, I need this break and this will be a fun experiment to build up new content that I own and control, and have my time freed up for more important things in life that matters. Maybe return to it later and have pure fun with it.

So please check out the following links, and thank you for reading to the end of my story!